We Are All Failing Them @ NW Film Forum 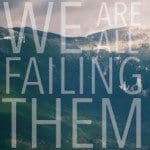 A new work by Robin Holcomb, Britta Johnson and Curtis Taylor
World premiere commission at the Northwest Film Forum May 16-18th
Part of the series Live at the Film Forum

The border between ambition and hard luck is a blind spot. We Are All Failing Them is a song cycle, performed live with film and objects, that engages in a sideways view of the curious and spectacular tragedy of the Donner Party. Drawing upon the languages of recital, film and staged séance, this evening-length entertainment asks: what gets left behind along the trail to the Promised Land?

Support for this new work provided by 4Culture and The MAP Fund, a program of Creative Capital.

Northwest Film Forum is located at 1515 12th Ave in the Capitol Hill neighborhood of Seattle, on 12th Avenue between Pike & Pine Street.