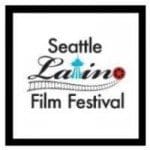 October brings us the Seattle Latino Film Festival. It celebrates its fifth year with films featured in Tacoma, Seattle and Bellevue from October fourth through the thirteenth.  The festival not only brings independent films, but appearances by internationally acclaimed Latino directors and actors.

Rick Castaneda is a film director who is native to Washington State. His film Cement Suitcase will be featured at this years festival. The film won the Audience Award at the Dances With Films Festival.