Getting Messages Out to Teens 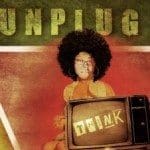 How do we communicate with teenagers?  You can bet a lot of people are interested in catching their attention.  CBS news reported that companies were spending nearly $17 billion  a year marketing to kids in 2009.  And according to the New York Times, the average city dweller is exposed to over five thousand advertisements a day.  This makes it hard for agencies with a public service announcement and limited budget to send out a message with an impact.

Over the summer, two public agencies in our region made news for their outreach to teens.  One was the Seattle Police presence at Hempfest and another was an anti-smoking campaign by the Tacoma-Pierce County Health Department.

Our guests for the discussion on how some are getting their public service messages to teens lately are: