Investigating Paranormal Activity in Our Region 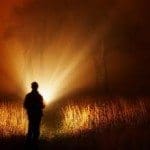 From the famous stories of vampires and werewolves near Forks, the Lady in Blue at Port Townsend’s Palace Hotel, to numerous reported ghost sightings on Seattle’s Capitol Hill, the Puget Sound is home to a rich history of the haunted and paranormal.

So rich and lively, in fact that there are apparently about 200 ghost hunting clubs in our state.  We check in with Puget Sound Ghost Hunters.  They’re an all-volunteer, paranormal investigation and research organization.  They’re performing investigations nearly every weekend, with 2013 slated to be their busiest year on record.