In harmony with The Walking Dead 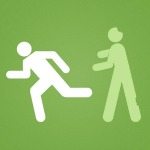 The Bushwick Book Club Seattle is a songwriter’s collective. Each month eight songwriters choose a book, read the book, write songs inspired by it, and perform those songs in an evening length performance. In addition to great songs by some of Seattle’s most interesting up-and-comers, expect audience participation and plenty of laughs.

Image Comics has published over 130 monthly issues of The Walking Dead.  The award-winning comic book is the basis for the highly rated TV series of the same name, now starting its 5th season on AMC.

Zombie fashions are encouraged but not required.