Seattle native debuts his first film, From the Sky 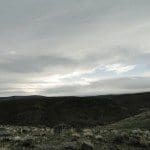 Native Seattleite, Ian Ebright, has debuted his narrative short film, ‘From the Sky’ online this week. The film is about a family living under drones. It’s earned 12 awards, 5 nominations and 27 official selections at fests ranging from SIFF to the Oscar-qualifying Rhode Island International Film Festival where it won the International Humanitarian Award Grand Prize.

News Director, Sonya Green sat down with Ian at our KBCS studios.