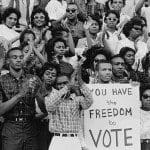 In South Seattle last week, a group of young politicos of color decided to offer their points of view on this year’s vote with an event titled, Young, Gifted and Brown: 2015 Seattle Post-Election Analysis. It was a packed house as they shared their opinions on engaging communities and candidates of color. Our own Sonya Green was a moderator alongside King 5 political reporter, Natalie Brand and South Seattle Emerald founder, Marcus Green.

Here are a few excerpts from the event.

To view a video of the entire event, visit the Seattle Channel.