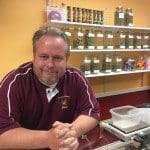 Even though Oregon voters legalized recreational marijuana in 2014, you can’t legally buy the stuff in more than 100 Oregon communities. That’s because some city and county governments have banned recreational marijuana businesses. But voters in nearly half of those places will have the chance to overturn the bans this November. Correspondent Chris Lehman explains.