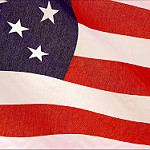 The Korean War, often referred to as the Forgotten War, has a significant place in history. It marked the first time in modern America that many black soldiers fought alongside their white counterparts. In 1950 the military was segregated which changed by the end of the war. Local retired captain Clifford Donnelly talks about his experiences serving during the Korean war with KBCS’s Yuko Kodama. (This piece originally aired in 2015)