Who Is My Neighbor? – A Bus Ride Through Seattle’s Central District 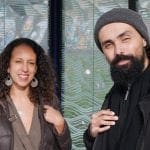 Ride along on bus 48 through Seattle’s Central District. It’s a historically black community that Carla Saulter and Gabriel Teodros know well. They identify some of the symptoms that mark the gentrification of the neighborhood.

The piece produced by KBCS’s Mona Yeh and Yuko Kodama, is part of Unmute the Commute, our series on stories from our region’s commuters. This project stems from a KBCS partnership with Localore: Finding America, a national production of AIR, the Association of Independents in Radio.  This piece was also featured on All Things Considered.