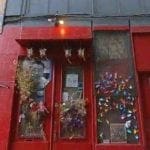 February 23rd kicks off the 5th annual Seattle Asian American Film Festival and one of the opening night films is Who Killed Donnie Chin. For years Donnie Chin was a mainstay in Seattle’s International District. On July 23rd 2015, Chin was murdered in Chinatown. KBCS’s Yuko Kodama spoke with Matt Chan, the Producer/Director of Who Killed Donnie Chin, about who Donnie Chin was and the importance of people in our communities sharing their stories with the public. Chan’s film will be showing at 7:30 pm on February 23rd, during the opening of this year’s Seattle Asian American Film Festival at the SIFF Cinema Egyptian.