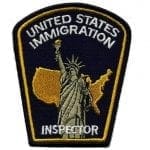 In Tacoma, detainees at the immigration detention center are continuing their hunger strike. They’ve stopped working at the facility, making phone calls, purchasing from the commissary and sleeping in addition to not eating. Demands to GEO, the private firm operating the detention center are better pay to run the facility, better food, access to healthcare and speedier court procedures. The strike started on Monday and was scheduled to end today at noon.