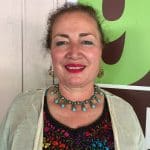 Though Mexican Independence was formalized on September 27 1821, September 16th is celebrated as the awakening of the independence movement.

This Saturday is the 207th anniversary of the Grito De Dolores, or Mexican Independence Day. It’s celebrated in Mexico city with the clanging of a bell as revolutionary hero, Don Miguel Hidalgo y Costilla rang in 1810.

Local festivities include a parade and festival in South Park starting at 11 a.m. on Saturday, A celebration at the Seattle Center both Saturday and Sunday from noon to 8 pm. And a celebration in downtown Auburn from 11 a.m to 8 p.m.