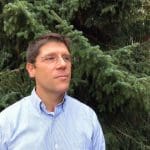 In January, two safe injection sites were approved for King County. One was approved for Seattle and the location for the other is being discussed.  If the sites are built, they would be the first safe injection sites in the United States. Caleb Banta-Green, Principal Research Scientist at the University of Washington’s Alcohol and Drug Abuse Institute (ADAI), spoke with KBCS’s Yuko Kodama about the opioid epidemic in our area. They discuss the proposed safe heroin injection sites in King County.  The interview refers to an audio series which KBCS aired over the course of the week.  The series was a segments from a podcast produced by Cited out of Vancouver, British Columbia.  The link to this series is here.