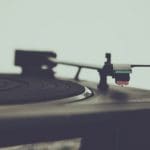 Give a listen to these five hand-selected albums and you won’t regret it.

The second album from French-Cuban twins, Lisa-Kaindé Díaz and Naomi Díaz, is a heady mix of soul and electronica, sung in a multitude of languages that ends up becoming something almost unbearable in its scope and beauty. The music pulses with thick beats and gorgeous voices, sometimes distorted and fractured, sometimes laid bare. In the song “No Man Is Big Enough for My Arms,” Michelle Obama’s voice is remixed throughout the song – a remix itself of sorts – with the line “the measure of any society is how it treats its women and girls.” The track reflects another called “Deathless” which recounts Lisa-Kaindé’s experience of being confronted by a racist police officer who humiliated her and dumped the contents of her purse out onto a floor. The song is ultimately one of resilience. In an interview with NPR music critic Alyssa Edes, she said that it means “there’s no end to love, there’s no end to joy, there’s no end to music.”

Link Wray’s eponymous 1971 record is one of those oft-rumored albums that collectors hunted for and more-often-than-not failed to find. It was heard in snatches. A song would sometimes pop up on an obscure rockabilly compilation or a few tracks would be released on an import with the shelf life of a shooting star. Before the online market place reduced collectors to mere consumers, this album was mostly just a piece of faith, and those that had heard it, half of whom probably were lying, spoke of it worshipfully. Recorded in his brother’s studio – a converted chicken shack – with a rusted and out of tune piano and Link’s guitar amp cranked up so loud that it bled into all the other tracks the band created a wild, crackling sound that wouldn’t have hit the pop charts had it been the only record released that year. The album pulls from the gritty gospel sounds of Brother Roosevelt Graves and Pops Staples singular guitar licks, and maybe The Stones at their rawest. Notably, two of the songs, “Fire and Brimstone,” and “Fallin’ Rain,” have been covered by The Neville Brothers, Nick Cave, Ralph Stanley, Calexico, and Karl Blau. Light In the Attic Records has once again given music nuts a terrific gift. – Iaan Hughes, Afternoon Music

In 2017 Molly Tuttle became the first woman to be nominated for Guitar Player of the Year by the International Bluegrass Music Association (IBMA). It should be mentioned that she also won. Her picking, as if it even needs to be said, is ridiculously good; at times fast, sometimes meditative, and always clean, deeply melodic, and inspired. On her latest album Rise, her flatpicking is in full form, but that’s only part of the story. Her songwriting is mature and moving. Her voice rises above the fluid guitar lines with a lightness that can remind of Alison Krauss, but then dives down and blends into the music like a river quickening toward whitewater. It’s an exhilarating listen. – Iaan Hughes, Afternoon Music

It’s appropriate that Sam Beam, the man behind Iron & Wine, would return to Seattle’s Sub Pop Records for his sixth full-length album, Beast Epic. He’s not only returned home to the label that released his first album 15 years ago, he’s made a homecoming of sorts to his early songwriting style and sound as well. This is indie folk at its finest. He still writes catchy acoustic guitar-based melodies, uses his honey-and-hickory voice with great understatement, and pens personal, reflective lyrics – but with a maturity that “speaks to the beauty and pain of growing up after you’ve already grown up,” says Beam, now 43. – Gordon Todd, The Gordon Todd Show, The Shape of Modern Jazz, Afternoon Music

Rock-and-roll’s dirty little secret is that it’s just gospel music dressed up tough. Sam Cooke could have told you that and Aretha Franklin still might. This compilation has plenty of familiar names: The Blind Boys of Alabama, The Soul Stirrers, and The Staple Singers, to name a few. The familiar harmonizing and gospel stomps are here, but so are gems like “I Am So Glad” by The Patterson Singers, which could have been grafted into virtually any Phil Spector hit and the reverb drenched guitar work of Pops Staples on an eerie reading of the traditional “Uncloudy Day.” The 40 songs, culled from the vaults of Specialty and Vee-Jay Records, sound like the headwaters for just about everything good that was to come. Can I get an amen? – Iaan Hughes, Afternoon Music