The Challenges of Sending Aid to Puerto Rico 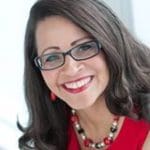 Four weeks after Hurricane Irma and Hurricane Maria hit, Puerto Rico still reels from the impacts of the natural disaster. According to accounts from the family of local Seattleite, Bettina Carey, lines to buy gas are eight hours long, and banks are open only a couple of hours a day – which means a lot of people are turned away if you’re standing in line when they need to close. ATM machines also only dole out $100 increments, limiting people from purchasing much of what little there is to buy. Carey describes how difficult it’s been for her to get aid supplies to her family in a small town two and a half hours outside of San Juan, Puerto Rico. She speaks with KBCS’s Yuko Kodama.