A Series on Gender Based Violence 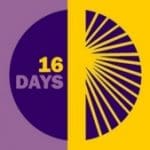 This series is shared in observance of 16 days of activism, a United Nations campaign which started on November 25th, 2017 on the International Day for the Elimination of Violence Against Women and ends this weekend, December 10th, 2017, on Human Rights Day.

Part 1 – Emy Johnston, a local advocate for domestic violence survivors, shares how her cries for help were unheeded during a domestic violence dispute. She told her story to KBCS’s Yuko Kodama in late November, 2017.

Part 2 – Ivy Jacobson was a high school student whose father had been sexually abusing her since she was in the 6th grade. It all came to a stop when, she shared her story with a friend and authorities in 10th grade, . Her father was convicted and sentenced to 16 years in prison. Ivy and her mother told their stories to KBCS’s Yuko Kodama in 2014, when Jacobsen was a Snohomish County high school senior.