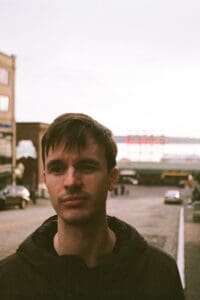 I’ve been playing musical instruments since I was 10 years old. When I was introduced to classic rock, I gravitated towards electric guitar and then became inspired by genres such as blues, jazz, new wave, indie rock, and more. I worked as an Assistant Recording Engineer at Hourglass Studios while I was a senior in high school and fell in love with the studio. I attended the Art Institute of Seattle in search of an audio production degree where I eventually met my co-DJ Jordan Tuss.