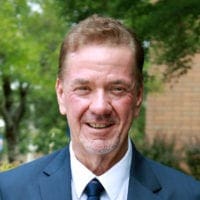 Dana came to KBCS in August of 2019 from KNVO-FM at the University of Nebraska, Omaha where he served as station manager, program director and executive news producer. There he produced and anchored weekday morning newscasts, hosted a popular midday classical music program and a two-hour weekly classical music program called The Midnight Special that was broadcast statewide over the NET Radio Network.

“I consider it to be an honor and great privilege to be invited to join the dedicated team of broadcast professionals and community volunteers at KBCS. This station is recognized across the nation as a leader in the community radio model of public broadcasting. The tradition of advocating for a more inclusive America, greater community involvement and promoting social justice has been a hallmark of, and is deeply embedded within, the culture of this station. It is a tradition worth preserving and nurturing and an important educational and cultural component of what makes our community such a great place to live.”

Born and raised in Northwest Iowa, Buckingham attended the University of South Dakota at Vermillion. He got his start as a full-time news director at a radio station in Yankton, South Dakota, and worked for the next seven years as a news reporter and announcer at several small market radio stations. He went back to school and in addition to a bachelor’s degree in history he earned a master’s degree in history with a graduate minor in Native American Studies from the University of Nebraska at Omaha.