Each month Iaan rounds up a handful of notable albums for review, then shares his thoughts with KBCS listeners. Here are Iaan’s picks for this month. 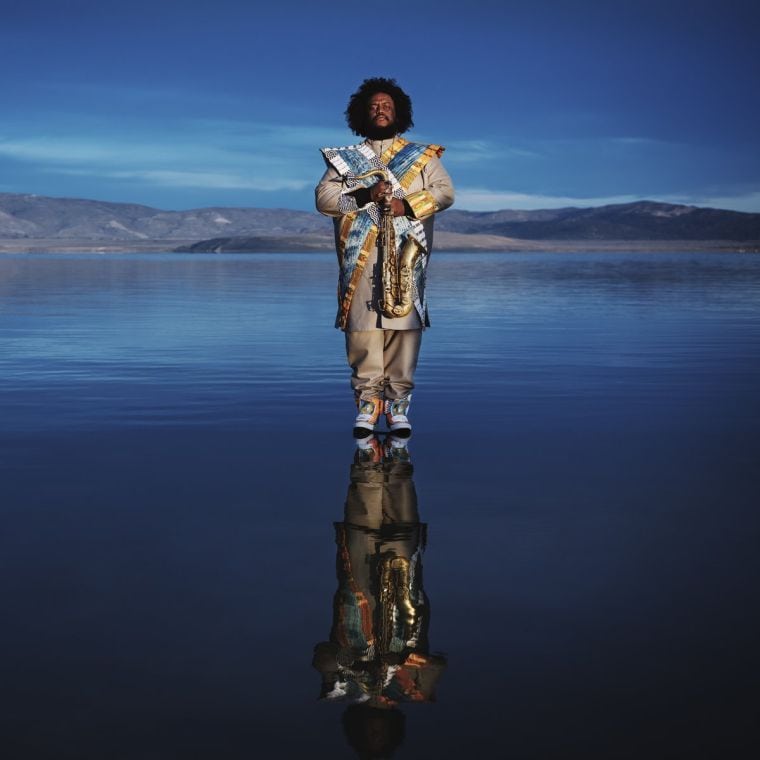 Kamasi Washington’s take on the Bruce Lee Fists of Fury theme is the cover you didn’t know you needed this summer. Complete with a pounding rhythm section from bassist Miles Mosley and twin drummers Tony Austin and Ronald Bruner Jr. who never forget to groove, to Washington’s own mind bending saxophone freak out, to the refrain “our time as victims is over / we will no longer ask for justice / instead we will take our retributions,” the song is nothing short of epic. Not just some weak plea for social justice, but a feet planted stance against oppression. And that’s just the first of sixteen songs. If you aren’t deeply immersed in Jazz, you may know, or at least have heard, Kamasi Washington through his work with Chaka Khan and Raphael Saadiq or on Kendrick Lamar’s To Pimp a Butterfly.” Make no mistake, the album is long and at times unwieldy and overwhelming, but it is also at turns fiery, spiritual, and marvelously joyful. 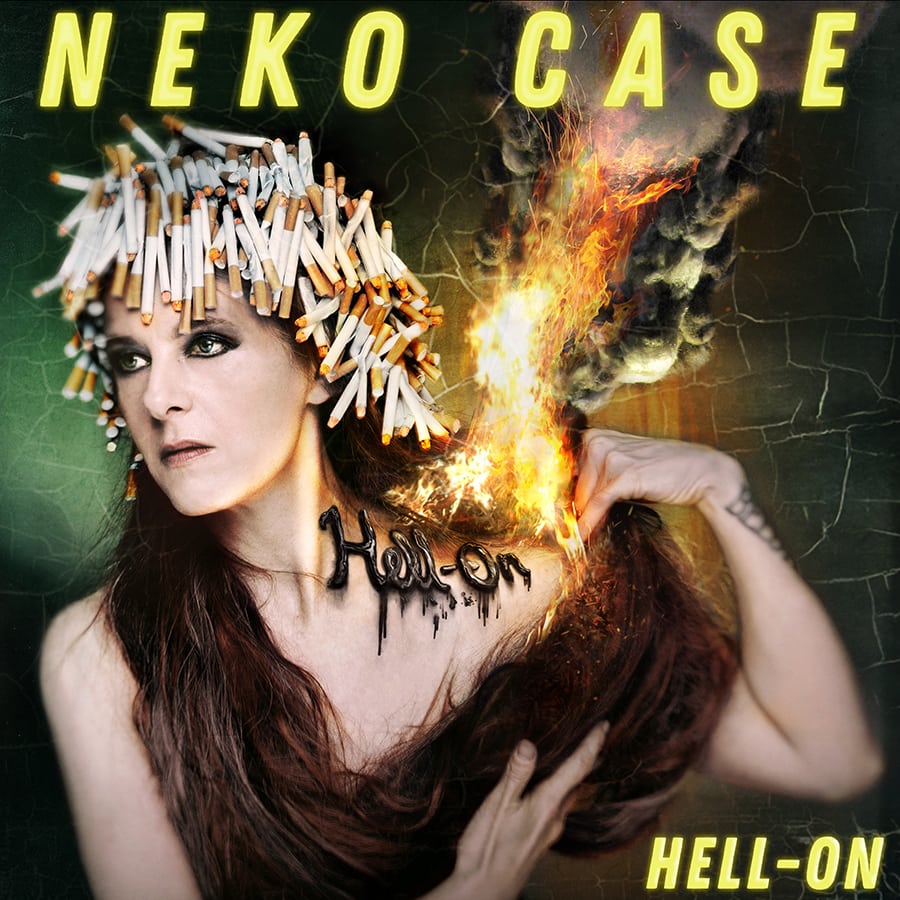 It’s been five years since Neko Case has released a solo album – not that she hasn’t been busy with case/lang/veirs (both lang and Veirs make appearances on this record) and the New Pornographers – but still a welcome release from a favorite. Hell-On is musically dense and perhaps the closest an album has yet come to mixing the music with her voice, rather than beneath it. Taken as a listening tip, the murk creates an unblinking rawness, not confessional exactly, for that can come off as apologetic, but also not positioned as some sort of emotional outburst. Lyrically, even the dark stuff, is presented matter-of-fact, conversational. One of the album’s nice surprises is hearing her voice mix with Mark Lanegan on “Curse of the I-5 Corridor,” and then later with Eric Bachmann on his gorgeous “Sleep on Summer.” Set to the backdrop of her home burning down while she was working on the album, the songs on “Hell-On” take on a rich mythology of bad luck, our dysfunction with relationships, and even the classic lit. crit. people vs. nature theme. The album closes with the lines “When I am dark and I am down as dark and down as I am now / The only thing that makes me smile is to remember / That I’m beloved of the wild / And may you ever return /To the warmth of your species,” which is the best possible way to focus on the fade. 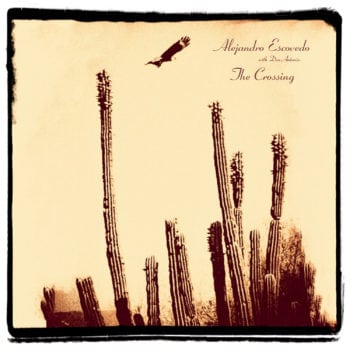 “I saw the Zeros and they looked like me / this is the America that I want to be…”sings Alejandro Escovedo on “Sonica USA.” Sure, The Zeros had two of Escovedo’s brothers in the band, but the deeper cultural mirror of the son of Mexican immigrants absorbed into a scene that reflected his own experiences cannot be denied. The Crossing is a concept album that traces the paths of two immigrants, one from Italy and one from Mexico, who meet while working in Texas restaurant. America, as it turns out, isn’t exactly the place they had dreamed about as they learn to navigate deeply entrenched racism. As the song “Something Blue” wryly alludes, even the hearts for sale in this America are broken before purchase. Musically, the album is mostly gritty and rockin’ with Alejandro Escovedo’s crunchy guitar chops in full display. A mixture of groovy garage rock organ and some blown brass snakes naturally through the songs grounding the music to its roots while giving it texture beyond just another rock record. Though guests like Joe Ely and James Williamson from the Stooges are pretty nice additions in their own right. 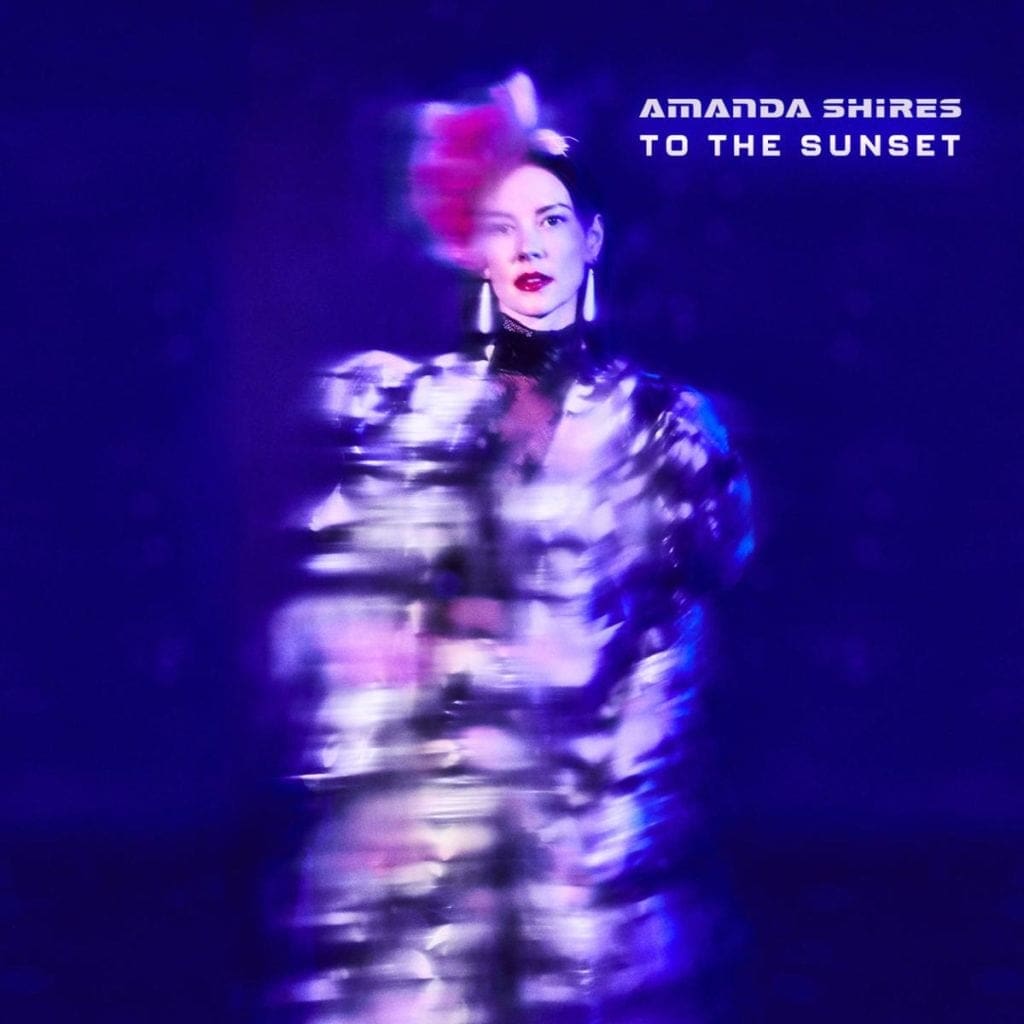 Amanda Shires’ fifth album To the Sunset shimmers and shakes unlike anything she’s released before. Her voice hasn’t lost the Texas just yet, but the album’s brooding toughness brings in a whole new world of song and texture and worldly experience. If you’re a longtime fan, it’s a moment to let go of those clunky pre-conceived notions of what she should do or sound like. Take it as a challenge. Start at the beginning – an unusual concept in this new (old) world of singles. Turn it up loud. Really loud. And then let it wash over you a couple times. We can’t say we weren’t warned: “I did a parking lot pirouette…I’m not done with you yet.'”
A
A 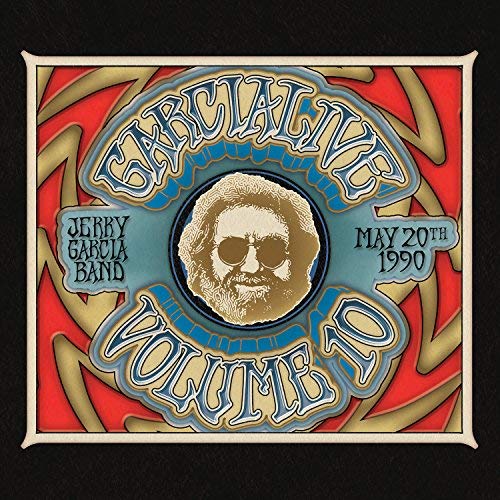 The Jerry Garcia Band was always a more relaxed pop affair than the heady vibes of The Grateful Dead, never more on display than this sweet show from the Hilo Civic Center on the Big Island in 1990. With the usual mix of tasty covers like “Evangeline,” “How Sweet It Is (To Be Loved By You),” originals like “Run for the Roses,” “Deal,” and a heavy dose of Dylan the two disc live set is energetic and bright. The interplay between Garcia and Melvin Seals’ masterful organ moves between groovy and rapturous. For long time fans it’s hard to argue that there’s anything new here, but that said the feeling is there and the band is hot.