Unmute the Commute: A Friend and a Stranger 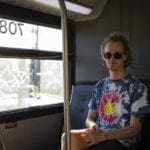 Today on Unmute the Commute, we’re following the commute of Caleb Gustin to the VA hospital, where they work. In addition to working as nurse at the VA, Gustin teaches inclusive sex ed in drag.

It’s a little after 6 pm in Seattle’s Capitol Hill neighborhood. Gustin and I are waiting for the 36 to Beacon Hill. It arrives and we go straight to the back of the almost empty bus. They sit down. Legs crossed. Large, colorful tattoos on each leg. Hands in lap. Nails painted pink. Curly blonde hair brushed back in a headband.

“My appearance often comes up, because patients don’t know what to call me,” says Gustin. “So, I tell them you can call me ‘Caleb’ but usually they’re hard of hearing so they think I say ‘Kayla’ and I just don’t correct them. I’m like, ‘You can decide whatever you want.”

Gustin works as an ER nurse. On the night shift. And just so you know, they identify as queer and non-binary.

“I started wearing a pronoun pin that says, “MY PRONOUNS ARE THEY/THEM,” says Gustin. “And it’s come up with a few of my coworkers, but a lot of patients don’t really take the time or the care to ask or are interested, which blows my mind. Because I was so scared of wearing it the first time. And now it just creates a level of respect. People who do read it are like, “Whoa this is bold to wear this.”

“Whoa this is bold to wear this” is something I have definitely thought about Gustin. But not because of the pins they wear as a nurse.

“I’m also a drag queen and a sex-educator and I have the funnest time making money in weird ways,” says Gutin.

As this persona, Sister Nurse Joy teaches all-inclusive sex education. When she’s teaching classes, there is no wrong gender identity, no wrong sexuality, no dumb questions. No judgement. From a nun.

“I took a very known image, around the world and sometimes known as the most anti-homosexual  in the world and I want to show that there’s joy in faith,” says Gustin.

Sister Nurse Joy does exude just that—joy. But sometimes that joy is hard to find in the midst of a 60-hour work week.

“Well, whenever I’m in drag, I’m usually exhausted,” says Gustin. “Because, well, one, the make-up and the look can take three to four hours. And I’m probably tired from working, because I work full-time. But it shows me this is why I work. To have these opportunities to talk with people and share this super fun persona with people.”

“Next week I’m consulting and teaching a master’s level course at SU in drag,” says Gustin. “And it’s like Catholic nun, at a Catholic university, teaching sex ed to future counselors and therapists. It’s the actual dream of my life come true.”

Gustin grew up very religious. Went on mission trips. Had bouts of conversion therapy. They left the church only a few years ago.

“It’s like literally unreal,” they say. “It’s a culmination of my life. Like, this would be a dream and now I’m doing it at a very young age.”

But most of Sister Nurse Joy’s educating is online. On Instagram. Or livestreaming from her bedroom. On the bus, I see Gustin pull out their phone. They open Instagram.

One message from a Russian teenager read:

Hi, I’m a random follower. Maybe it’s weird to write you, but I have a strong desire, so I wanted to do it. I only wanna say thanks because you inspire me very much and motivate me to act as I want, to say what I want, and to live as I want. It’s not necessary to answer, I just wish you to be happy and successful. I’m sorry for my English, because I’m Russian and I’m not a native speaker.

“To hear this beautiful teenage girl say, “Because you inspire me very much and motive me to act as I want, say what I want, and live as I want.” That makes every night shift worth it,” says Gustin.

They wears many hats. And, arguably, the most interesting one is their nun habit. But they perform all of their roles simultaneously. Take an average commute on the bus.

“Depending how tired I am, I will just sit here and stare or I will read a book or I will listen to music, if I don’t want to interact with anyone,” says Gustin. “But the last two times, people have interacted with me, because of like my tattoos or what’s going on and then I end up working on the bus. And that’s okay too.”

I ask what they mean by working.

“Yesterday, a person came up to me. It was a young person and they started telling me about their tattoos,” they say. “They found out I was a nurse and then before I knew it they were telling me about all their drug use and their addictions to meth and heroin and how their mom’s a nurse and we just had a solid 20 minute conversation about why they’re using, what they get out of using, and what their hopes and dreams are. Kind of in that inter-ground of like they have a career plan or idea, but they don’t know how to stop using right now and it makes them kind of sick and I just got to like share with them hey, here’s what I see in the ER all the time and you’re so young and available and you can do it. I’m literally, yeah. I can’t give medical advice, but I can talk to you as a friend and a stranger.”

I walk with Gustin to the hospital and we talked more about how we both grew up religious. And both learned most of what we know about sex from the internet. At the Emergency Room doors, I end up giving Gustin a hug. Wishing them well on their 12-hour shift.

Twelve hours. At a time. As an emergency room nurse at a Veteran’s hospital in south Seattle.

And then a 35 minute bus ride home.

And then maybe some sleep.

And then three or four hours of make-up.

And then a couple hours of live-streaming sex education across the globe.

This is how Caleb Gustin and Sister Nurse Joy exist. And they wouldn’t have it any other way. 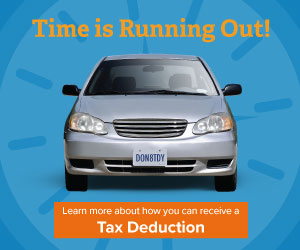