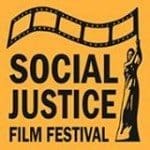 The border town of Arivaca, Arizona, is no stranger to migrants crossing through the desert and mountains in hopes for a better life in the U.S. The documentary film Undeterred, shows how militarizing the border can result in migrants dying in the desert and in the neighborhoods of towns on the border. The film was featured at the 2018 Social Justice Film Festival in Seattle. KBCS’s Ruth Bly recorded the panel discussion following the screening.

For more information on this topic, you can visit local groups like the Northwest Immigrant Rights Project, the ACLU, and AIDNW. For more on the film go to Undeterred.