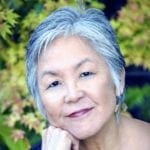 Over 700 Lights for Liberty events across the United States and in a couple of dozen countries were planned on Friday, July 12th, to protest concentration camps at the US southern border. Other significant protests within the past few months were one in Crystal Springs, Texas, and Fort Sill Oklahoma. These were both on or near sites where families of Japanese descent were incarcerated the United States government during WWII.

Dr. Satsuki Ina was one of the organizers for the Crystal Springs and Fort Sill events. Dr. Ina describes why she demonstrates against current United States policies of incarcerating people, families and children (separate from their families, at the southern border to Tom Ikeda of the Seattle-based, Densho Project.