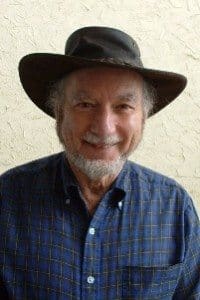 After spending his first 21 years in New Jersey, Larry began a westward migration, which led to Seattle, where he fell in love with mountaineering and made many close friends.

KBCS became part of his life 20 years ago as a result of a decades-long interest in folk music. He started and named a show called Risin’ of the Sun and after 15 months got a slot on Our Saturday Tradition, which has remained his regular show.

Along the way he has filled in on Sunday Folks, Bluegrass Ramble, Sunday’s Hornpipe, and Folksounds. “Who’da thunk it!”