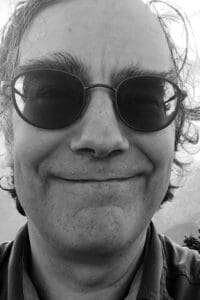 Michael Schell has been passionate about modern music ever since being spooked by a recording of The Rite of Spring as a toddler. He has two degrees in music, and has had various avocations as a composer, intermedia artist, systems engineer and cribbage player. He’s lived in Texas, California, Iowa, Nepal and New York, and now enjoys life in Seattle, where he hosts Flotation Device on KBCS and Radio Eclectus on KHUH, and writes about contemporary music for Sequenza21.com.
www.schellsburg.com