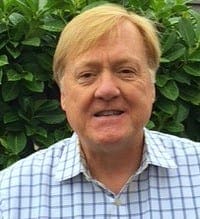 Mike worked behind the mic at stations in Iowa City, LA, Vail, San Diego and Las Vegas before moving to Seattle in 1995. He spends a lot of his free time traveling to festivals and shows in Austin, Nashville, Boston, Chicago and NYC.  In Seattle, he can frequently be found at the Tractor Tavern.

Mike Biggins hosts Sunday Folks, which airs every Sunday from 9am-12pm on KBCS.