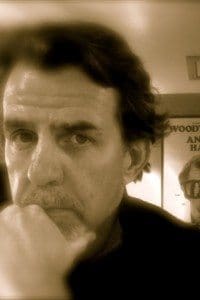 I’m a filmmaker and film lover, so nearly everything I see, hear, think and breathe is filtered through the language of cinema.  Curating a playlist for Road Songs is like editing a film. It involves crafting moods and transitions.  It means telling stories and conjuring images. It means taking listeners on an authentic odyssey into the sometimes dark and lonely places where truth dwells.

This is Road Songs.  There’s room for you.

In addition to crafting an American soundtrack Tuesday nights on Road Songs, you can also catch Rus as he engages with the latest in film on his website, The Restless Critic