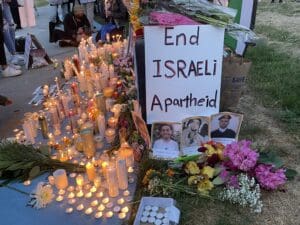 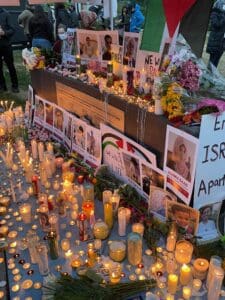 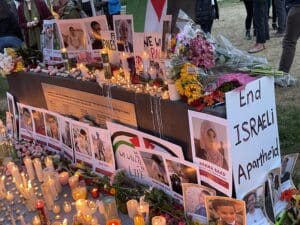 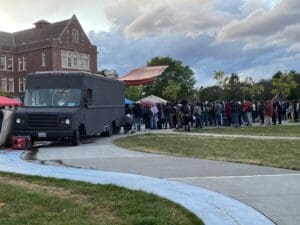 Palestinian and Israeli flags fly over the city of Derry in Northern Ireland. For centuries the city has been a center of tensions between Loyalists who support continued union with Great Britain and Republicans who want a united Irish Republic. Dr. Patrick Fitzgerald is an Irish historian. He says both sides fly these flags as a way to link their political struggle to the wider world.

David Shuer has the story.

China is hosting both the Palestinian and Israeli leaders this week, in a sign of its desire for a larger role in the Middle East. But is peace achievable?

Long time peace and social justice activist and blogger, Rabbi Brant Rosen has written a new book about his journey, about trying to come to personal peace. His new book, “Wrestling in the Daylight, A Rabbi’s Path to Palestinian Solidarity“ shows his own attempts at having civil conversations with others about the conflict.