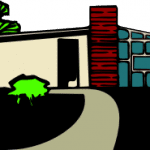 The 2012 Point in Time Homeless survey count revealed almost 9,000 people* on any given night in Washington State are homeless. A big reason for this high number is the lack of affordable housing options in the state.

Affordable housing is hard to come by lately when the average rent for a one bedroom in King County is over $1000.

We talk with one person about how housing transformed her after losing everything and with two others who work to ensure and build housing for all in our communities.

Listen to the interview: KBCS_M+I_20130429_Affordable_Housing

*Correction: The program originally stated the 2012 Point-in-Time survey indicated over 20,000 people are homeless every week in King County. This is incorrect. The actually number counted was 8,830, although the report states:

“There are more homeless individuals or families throughout Seattle and King County who were not counted on the night of the count either because they were hidden from volunteer counters, are living unsheltered in areas of the county not included in the count, or are temporarily homeless but staying with friends and family.”

For more a comparison of the numbers of homeless over the last three years, see homelessinfo.org