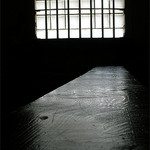 Black activism and prison organizing go hand in hand according to University of Washington, Bothell, Professor Dan Berger’s book, Captive Nation: Black Prison Organizing in the Civil Rights Era. In the book, Berger explores how prisoners used jail to shine the light on racial oppression and what it means to be free.  KBCS News Director, Sonya Green sat down with Berger to talk about his new book.

episode 1: Dan Berger explains how the prison organizing and civil rights organizing complemented each other and were a part of each other.

episode 2: The women of the civil rights movement played a key role in exposing the injustices especially the wrongful treatment of those put in jail or imprisoned.  Berger talks about the women who helped change the course of the movement with their actions and words.

episode 3: Author, activist and prisoner, George Jackson greatly influenced the prison reform movement of the civil rights era and today. Jackson’s letters from prison published in, Soledad Brother, put a spotlight on the need for change. Dan Berger explains how Jackson quickly became a leader both in and out of prison.

episode 4: Many notable men of the civil rights movement documented their incarceration and published books detailing their experience. This piece highlights the role of media in telling prisoners’ stories.

episode 5: Today’s Black Lives Matter movement echoes the same sentiment as the civil rights era of the 60s. It also calls for a close look at how the criminal justice system treats African Americans. Dan Berger says society needs to rethink the prison system and policing.