Music of the moment: December 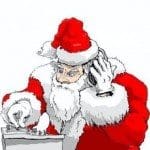 Sharon Jones & the Dap-Kings – It’s a Holiday Soul Party
Filled with rhythm, soul, and authentic cheer –this is a great addition to the plethora of marginal holiday releases. An instant classic!

Nikki Hill – Heavy Hearts, Hard Fists
Nikki Hill is a terrific singer out of New Orleans. She’s one part 1970s era Stones and one part Tina Turner, but really she doesn’t need our sad attempts at comparisons. She stands on her own. Need a record to help you get ready to crush Saturday night? This is it.

Danny Barnes – Got Myself Together (Ten Years Later)
Danny’s first album in six years cuts straight to the bone. This is sparse, warbling old-time music pulled from Clarence Ashley’s and Bascom Lamar Lunsford’s vine; what Harry Smith might have called The Old Weird America.

Joanna Newsom – Divers
Seemingly working from a direct line from Kate Bush, this is non-leaner freak folk w/ a dash of chamber music. I wasn’t sure what I thought the first time I heard it. The second time, though, I was amazed. For fans of Karen Dalton, Iron & Wine, and Will Oldham.

Promised Land Sound – For Use and Delight
Psychedelic garage rock out of Nashville? The best sounds coming out of Music City aren’t necessarily twang these days. This is the record I can’t stop listening to this month. Recommended for fans of The Byrds, Big Star, and The Jayhawks.