College Affordability In Spotlight Under The Dome In Boise & Olympia 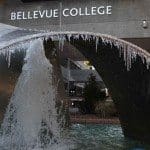 Parents with kids soon heading to a state college or university have reason to pay attention to the legislature this coming month. College affordability is the common purpose, but Washington state and Idaho lawmakers have different ideas for how to get there.

Idaho Governor Butch Otter proposes a “tuition lock”… that is to freeze university tuition for incoming freshmen so they would pay the same rate for four academic years. Meanwhile, a measure introduced in the Washington state Senate on Thursday, January 21, seeks to make community and technical college free for any Washingtonian without a college degree. But State Senate Republican Leader Mark Schoesler hesitates to endorse it.

He said, “Show me how they’re going to pay for it.”

Washington isn’t the first to entertain the idea of free tuition at community college. Oregon’s Legislature approved a limited program to start this coming fall quarter and President Obama is championing the idea at the national level.

Oregon’s tuition waiver – called Oregon Promise – applies to a subset of community college students. In the first year of the program, eligibility for free tuition (fees still apply) is restricted to Oregon students who graduate from high school in spring/summer 2016 with a GPA of 2.5 or better and who then enroll in community college within the following six months.

Current high school seniors have to be pretty organized to take advantage. They have to apply for the Oregon Promise program by March 1, 2016. They also have to fill out the federal application for financial aid. The state program is a “last-dollar” program, meaning it covers whatever is left of the tuition bill after other student aid and scholarships are applied.

In Idaho a citizen initiative campaign that sought to reduce student tuition costs shut down this week. The movement, which campaigned under the banner StopTuitionHikes.com, proposed to reduce tuition by 22 percent by raising state cigarette and tobacco taxes, including a $1.50 per pack hike on cigarettes. Chief petitioner Bill Moran complained on Facebook that his campaign was “undermined” by the governor’s office and health advocates who have designs on tobacco tax revenue to pay for expanded low-income health insurance.

Last year Washington state got the distinction of being the only state to actually cut public university tuition lately. The Washington Legislature reduced tuition at the state’s four-year colleges and universities by 15 to 20 percent over two years and by 5 percent for two-year schools. That tuition cut was a legislative priority for Republicans, but passed with wide bipartisan support.