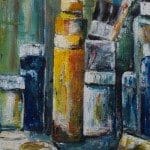 12,000 people in Washington state live with the diagnosis of Multiple Sclerosis or MS.  MS is a chronic, unpredictable neurological disease that affects the brain and spinal cord.  It’s an elusive disease with no known cause or cure.  This series highlights living with, treating, and caring for those with MS.

Episode 1 – Swedish Hospital Neurologist specializing in Multiple Sclerosis, Dr. Pavle Repovic explains what MS is and why it may be more prevalent in our region than other parts of the country.

Episode 2 – Dr. Pavle Repovic talks about some of the medical treatments and services available to MS patients.

Episode 3 – Seattle resident, Susan (whose identity is being protected) starts off the next segment with how she became diagnosed with MS.

Episode 4 – Tim, a 34 year old from Seattle, whose identity is being protected, shares his journey of being a caregiver for his father who lived with MS.

Episode 5 – Tim, a Seattle 34 year old father of two (whose identity is being protected) has been living with MS for five years. Tim shares how he’s decided to navigate treatment of his diagnosis

This series originally aired in April of 2015