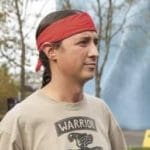 In this series, Matt Remle, a local Lakota activist, describes his experience in advocating for divestment fromfossil fuel projects.

Part 1 – Matt Remle describes how he advocated for the City of Seattle to divest from fossil fuel projects, He shares his perspective on how Wells Fargo Bank, a funder of the North Dakota pipeline, became a target of protests.

Part 2 –  After the City of Seattle divested from Wells Fargo Bank, Remle continued his work in efforts to ensure that other fossil fuel projects will not be invested in.

Part 3 – Remle describes how funding which was previously destined fossil fuel projects, could be reinvested in other local causes.

Part 5 –  Remle shares a story of what keeps him inspired to continue his work.