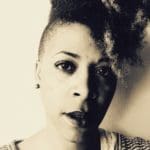 Prison populations are decreasing in parts of the country. But according to the Bureau of Justice Statistics at the time of broadcast, for-profit prisons were including occupancy guarantee clauses in 65% of their contracts to ensure these prisons can stay in business. The bed guarantee ranged between 80 and 100% occupancy rates. Research from the Public Interest shows states caught in these contracts send millions to for-profit corporations for empty beds, as they see crime rates decrease. This Research reports that the prison industry generates additional revenue from high phone rates, and prison commissaries.

Local artist, Shontina Vernon was incarcerated at the age of 10 In Texas. The prosecuting attorney in her trial was notorious for putting people behind bars. He had been monetarily incentivized to do so. Years after Vernon served her time, she was working on a theatrical play loosely based on her time behind bars. She decided to pay a visit to the prosecuting attorney from when she was 10 as part of herproject.

I didn’t call beforehand, this place is a really small town, so, I was able to just arrive and go. And really what I was looking for; one because I was developing a character loosely based on him. I was really trying to get a sense of a feel for him – his mannerisms, and I guess his value system like what it was that made it okay. Because this particular prosecuting attorney had a history in this small town of targeting black and brown young people. I’d already heard about him long before he appeared as a character in my own life, right? Because I knew other young people who he had targeted, incarcerated, and basically thrown the book at. What I eventually discovered, which is a practice that I didn’t know was this common then, is that the counties were getting kickbacks for certain numbers of young people. By that I mean, budgetary kickbacks: your money flowing in depending on the number of folks that you managed to lock up.

So I went, I visited him. And it was really one of those moments of like, inside, it was like a celebratory moment, and like a finger sign moment, right? Because he couldn’t believe it. He absolutely could not believe it – that like I was standing before him. And I asked, “do you remember me”? And his initial answer was, “you look familiar, I’m not sure that I remember you”. And then I said, you know, well, I told him my name “Shontina Vernon, and you may not remember this. But when I was 10 years old, you sought to have me incarcerated until I was 18. Do you remember what it was for?” So I had to fill him in on the details. And then in the middle, he’s like, “Oh, I remember that”. He’s like, “but you were really going after the elderly people in the community”. So he sort of defaulted to the version that he had even then; just shy of saying, “Well, it looks like then it was the right move, because it turned you around”. So very interesting, but not something that I was surprised by because I know the lay of the land there. The truth is, and I and I said this to him as well, “you could have drastically changed the trajectory of my life, just on a whim, and kind of not really being thoughtful about where I was coming from”. So I wanted to sit there, in front of him, and to interview him so that he could understand. “It’s not a game, it’s not a budgetary mark for these communities in the way that it might be for the county, when you just target and incarcerate young people. I could be sitting here in front of you with a very different story of how my life had turned out”. So it was important for me to come back as an adult and say, “This is me – as an adult”, right? And “we can have a very different kind of conversation about the things that I was doing and what was happening. But at the time, it was as much a part of your job to ask what was going on. And what are the ways that I could have supported rather than, Oh, another one. Another one, another one, another one”.

I think according to his values, he probably does think he’s being helpful. But he’s not really considering his own implicit biases, his own prejudice, and how the structures of racism hold him up in a way that they do not for a lot of the members in some of the other communities. What’s interesting is that, for that prosecuting attorney, in his own community, was a youth pastor. And I think that’s the thing it’s like, so for our community, he was the terror. You knew, if you saw him coming, that it was going to be a problem, and he was going to do everything he could to make you pay, right? In his community, he’s heralded as like, “Look, he’s an outstanding human being and an upstanding citizen and great father and youth pastor”. And I think that like, our conversations have to be able to hold a little more complexity than they do right now. Because the truth is, he’s both of those things. And he’s having impact on one side, and he’s having impact on another. But how do we wrestle with the values that he brings to the work that he does systemically? These are where these conversations have to start going.

That was artist Shontina Vernon, a Rauschenberg fellow and the creative director of the Visionary Justice Storylab, speaking with me in the KBCS studios. I’m Yuko Kodama and this is 91 3 independent radio.