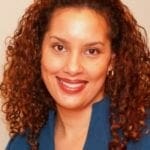 Do financial obligations levied on current and former incarcerated people penalize the poor? A majority of people locked up are either poor or unemployed, prior to incarceration, according to the Prison Policy Initiative’s compilation of data from the Bureau of Justice Statistics. Fines, fees, and restitution payments pile up for many people leaving prison, making it nearly impossible to find a way out of poverty. KBCS’s Yuko Kodama speaks with Alexes Harris, a University of Washington Sociology Professor who researched monetary sanctions on incarcerated people for her 2016 book, “A Pound of Flesh: Monetary Sanctions as a Punishment for the Poor“. Harris shares her thoughts on inequality and the intersection of poverty and incarceration.