The Impact of the Crack Epidemic on Seattle Area Youth 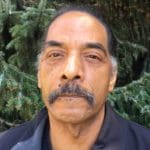 The crack epidemic of the 80’s and 90’s and its entanglement with increased gun presence and gang activity deeply impacted communities throughout the US.  Aaron Dixon, the author of the book, My People Are Rising, and former Captain of the Black Panther Party Seattle Chapter, worked closely with gang involved youth at the time.  He describes what challenges the youth faced, and what approach to working with them was most successful.

Yuko Kodama 0.00
This is 91.3 KBCS listener supported radio. I’m Yuko Kodama. Aaron Dixon is the former Black Panther Party Seattle Chapter captain. After his work in the Black Panther Party, he continued on to work with youth in the Seattle Public Schools. He spoke with me about the drug epidemic during the 80s and 90s and its impact on Seattle youth. He starts by describing when and how youth gangs became prevalent in our region.

Aaron Dixon
When I was growing up, we had these superficial gangs, you know, we had names, and we carried switchblades. And, you know, we fought mock battles with each other. You know, it was nothing serious. But the first black kid to get killed by another black kid in Seattle was in 1980. And before that there were no gangs in Seattle. But the Crips came up to Seattle.

So in defense, the kids in Seattle had to create their own gangs. A guy from Chicago, he was with the Black Gangster Disciples in Chicago, and he created the Black Gangster Disciples in Seattle, and they became the rival to the Crips and Bloods in Seattle. And so you had this whole neighborhood warfare going on. And in 1990, Seattle started Seattle Team for Youth, which they hired all these people to work as counselors – to work and all these gang counselors are working all these different neighborhoods to try to fight against the gangs. And I got one of those jobs. And I started working with young people in West Seattle who were gang involved. So I’m raising my kids, as a single parent, and I’m also a gang counselor. I’m working with all these young people who are gangs, you know, and a lot of other, my fellow workers were also working with gangs, and we were trying to, you know, save as many young people as we could.

Now, prior to 1980s, black kids did not go to foster care. Because we had such a strong community that if kids were homeless, there was always somebody that was going to take that child in – there was always a family member that was going to take that child in. By 1980s, black kids have flooded the foster care system. Because the family and the community broke down. And as a result of that, you know, these kids are traumatized. These kids have gone into foster care system. They become traumatized. Because a lot of those foster care homes are just about money.

And, you know, it was – it was a very, it was it was pretty crazy. You not only had black families who were fleeing LA, who are bringing their kids to Seattle to get away from the gangs, and bam, they get to Seattle – the gangs are here. The gangs are in Seattle. And a lot of the kids I worked with in Seattle, they had came from LA, because their parents were trying to get em’ away. So now they get gang involved in Seattle. You know, I had, man, I had about 15-20 kids on my caseload. And we were all trying to figure out how to work with these kids. You know, we really didn’t know exactly how to go about doing what we were doing. There were eight kids that I worked with, that were on my caseload, that were involved in homicides. We talking about 15, 16, 17 year old kids involved in homicide.

They, almost all of them, brought guns to school. So I could either turn them in, and they would get expelled because the school had a zero policy. So what I say it “was okay, when you bring your weapons to school, you got to come and turn them into me”. And that’s what they did. They came into my office in the morning, I open up the file cabinent, they put all their guns in there and after school they came and got them, you know, cuz I had to build trust with them too. And I couldn’t tell them, what I’m gonna tell? “Don’t carry no guns. You can’t bring no gun to school.” They’re not gonna listen to me. Because you had gang warfare going on. And they had, they had to protect themselves and defend themselves. And so that’s the only way that I could keep them in school and make sure they graduated.

One of the kids that I had on my caseload was a young man named Jeremiah Bourgeois. Jeremiah was a very smart young man, very intelligent. He was computer literate when no other body else was computer literate. He came from middle class families and grandparents from Africa. But his father left and went back to Africa, his mother had to raise three kids by herself. So his father, his older brother was gang involved. His older brother tried to rob a store in high point in West Seattle. And he shot the store owner, and, and he, the store owner, testified against him. Now Jeremiah, I’ve been trying to get him in my group. But you know, he’s one of these smart kids, the smart, really smart kids. They’re not so apt to like come into a group, you know, a gang intervention group, you know. And so I was I just was getting ready. I just – he just started coming around. You know, he had his own car, 14 years old. He’s got his own car, he’s a short little guy. Ballet, you know, he took ballet, everything. Just really something – started coming by – being inquisitive and everything. “Yeah, Aaron, imma start coming to the group and everything”. And his brother gets sent to prison because this Ethiopian store owner testified against him. Now Jeremiah, in his mind, he thinks, “okay, I have to revenge this guy for testifying against my brother”. So he goes in to the store and kills the Ethiopian store owner. And became – he becomes the youngest person in the state of Washington sentenced to life in prison.

Yuko Kodama 7:10
When you were working with the youth, what were you seeing as things that seemed to resonate with people?

Aaron Dixon 7:18
Well, I was going through some things myself, you know, and I started doing affirmations. I started reading books about positive thinking and about affirmations and creating affirmative things to say, you know, that made me feel better and made me feel that I could achieve things. And so I started using that on the second group of kids that I worked with. And this was at Sharples Alternative High School, and there was still heavily gang involved. I mean these kids are bringing guns to school every day. All the kids, almost all the kids, were gang involved, you know, and I was working with a lot of different kids, Filipino kids, mostly black kids.

And so one day, I decided that I was going to introduce them to affirmations. And I didn’t know how it would come off. I didn’t know if they would laugh at me. And say “Oh, Aaron, this is silly. This is stupid. We not gonna do this”. So I did. I asked the principal, to give me a class once a week that I could have once a week for my kids and the teachers were reluctant. They say, “No, you’re going to take the kids out of class, they need to be in class”. I said, “Well, let me have them for an hour. Once a week, and I guarantee you they will be better students”. So I brought all these kids together. And I started introducing them to affirmations. I write the affirmations on the board. And I explained to them the power of the mind, how the mind works, what you put in your mind – that’s what you get.

And I instructed them to say the affirmations in the morning when they look in the mirror and say these affirmations. “I am the power within”. “I am what I am”. “What I am has beauty and strength”, you know, very basic stuff. And, man, these kids start turning around, they start turning – and it blew my mind. You know, I had I had some resistance from one kid. I had to put him out because he just had a negative mind and nothing positive was gonna seep in. I just tell him myself, you have to leave the class because you’re, you’re going to interfere with what I’m trying to do. And the principal gave me a list of 17 boys, she said, “Aaron”, Mrs. Moore, I got to give her credit at Sharples High School. She said, “Aaron, I want – I need to have these boys graduate. And so all 17 of those boys graduated. These were gang involved kids. And they did it by saying affirmations, you know, believing in themselves – saying these positive things. Of course, I did a lot of other things with them, taking them on field trips, University of Washington and bringing in guest speakers and all those types of things. But it was the affirmation that had an effect that got them to switch their mind around from a negative thing that they were thinking, to more positive things. And so that was the most important tool that I could find, to really help turn around kids. But to think about affirmations, you got to keep saying them. And so, you know, some of the kids who grad- they all graduated, but some of the kids who left they ended up getting into trouble anyway because they stopped saying their affirmations. So, but that was the most important thing that I had was to learn how to teach young people how to think positive, you know, think positive about themselves, and be able to visualize, you know, them doing something positive with their life.

That was a beautiful thing to hear him say – I’ve had other kids say that too “the only reason why I come to school, Aaron, is to say these affirmations”. Yeah. Shows you how powerful it is to put into your mind things that you believe about yourself are true, you know. So I guess that’s all I have to say.

Yuko Kodama 12:20
Aaron Dixon has written a book titled “My People are Rising”. He’s working – He’s currently working on a second book about the impact of the drug epidemic on black families. I’m Yuko Kodama and this is KBCS.