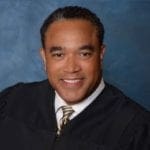 In May, the wreckage of the last slave ship to the United States was confirmed found off the shores of Mobile Alabama.  Attorney, Justice, and Historian, Karlos Finley, explains the significance of the slaveship, Clotilda, for the descendants of those enslaved people transported here inside it  in 1860. Finley also describes the remarkable community that many of the people who came on that ship created in Africa Town, Alabama.

KBCS’s Ruth Bly attended Finley’s talk in February of 2018, in Mobile Alabama as a participant in Project Pilgrimage, a Seattle based educational immersion program, focused on visiting significant civil rights sites in the Southern States.

Click here for the video footage from the event. 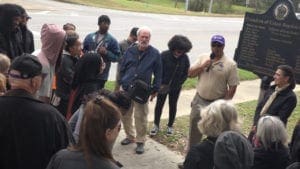 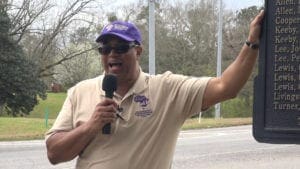 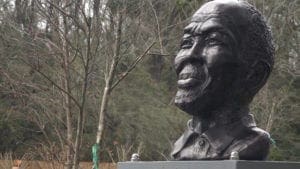 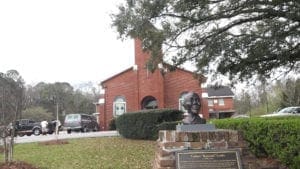 In May of this year the confirmed remains of the last known slave ship, the Clotilda, was found near Mobile Alabama in Africa town. Africatown is a historic community founded by the formerly enslaved Africans, who crossed the Middle Passage on the infamous final slave ship. In the spring of 2018, Project Pilgrimage participants visited Africatown in Alabama. Project Pilgrimage is a Seattle based education immersion program, which takes people to significant civil rights sites in the southern states. At Africatown Attorney, Judge and Historian, Karlos Finley tells the story of the slave ship, Clotilda to Project Pilgrimage participants in front of Union Baptist Church. The church was founded by the Clotilda Africans in the Mobile Alabama area.

Unknown Speaker 1:12
In 1808, it became illegal to bring Africans into the United States for the purposes of slave trade. Well…here in Mobile, in 1859, a very wealthy shipping magnate by the name of Timothy Mayer made a bet with some of his cohorts. He bet that he could send a ship to Africa and bring back 110 Africans, and sell them, and disperse them into the north of Mobile County. So he commissioned Captain William Foster, and they outfitted the schooner Clotilda with enough lumber to fashion a slaver. He could not leave the city of Mobile with the ship in the condition of the slave ship, obviously because it was an illegal act at the time. And so the ship got underway and it made its passage to Benin, West Africa in the kingdom of Day Helmet, where they fashioned the Clotilda into a slaver. They took on the Africans, and they transported them across the Atlantic Ocean into the United States here, in Mobile, they towed the ship up the river under cover of darkness to hide their dastardly deed. And the Africans were disembarked under this bridge that’s sitting behind us, which is aptly named the Cochrane Africatown bridge, it is fashion purposefully, so that the spans mimic the sails on a ship. They then took the ship north into the Delta, sank it and burned it to destroy the evidence. That was in 1860. Five years later, President Lincoln freed the slaves, those Africans who had only been here for five years, came back because they figured if they were ever going to get back to their homeland, they had to go back to that place where they got off of the ship. And so they came here. And unfortunately, they never made it back home, but they did settle here, because these were people who had trades from Africa. And so they came back here and they fashioned their own community. And at first it was called African town, and later evolved into Africatown.

Unknown Speaker 3:47
Kazoola was the last known survivor. His English name was Cudjo Lewis. He died in 1935. He is the only known slave, or should I say enslaved person who has been filmed on video. Because these people were never really slaves, because it was an illegal act. They were enslaved people, because they had been kidnapped from their homeland and brought here under servitude. While here, they initially began to attend church at Stone Street Baptist Church, which is the oldest Baptist Church in the state of Alabama, not the oldest African American Baptist Church, the oldest Baptist Church period, founded in 1806, by Mr Richard Fields, whose owner freed he and several of his cohorts, because the owner was haunted by dreams, and then visited by horrible headaches of a man telling him to free his slaves to allow them to worship in the fashion that they saw fit. When it became just completely unbearable, that’s what he did. So the Africans began to worship with Stone Street. And then they eventually amassed enough resources to start their own church here. And this is Union Baptist, where the Clotilda Africans formed their church. And the church is still very well attended, and some dress in their African garb to this day. And it’s a very proud, proud community. The grave site is across the street, where many of those Africans went to their final resting place. This is Africatown. If we can get that ship, and we can build that museum. It will have an immense economic impact on this community on this church on these people. Because these people have been exploited for 150 years.

Unknown Speaker 6:11
If it’s going to be here. Well, let’s use it to make some money for these people. What I don’t want to see is somebody come in here and try to take that ship somewhere else. It needs to remain here, and make sure that no one ever forgets that this happened right here on this place.

Speaker 1 6:36
KBCS reporter Ruth Bly got us that story, special things to Project Pilgrimage. For more information on the immersion program, you can go to project pilgrimage.org