Rape by an Intimate Partner 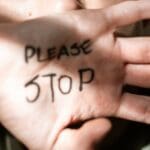 According to National Sexual Violence Resource Center, it is estimated that 734,630 people were threatened with or actually raped in the United States in 2018.  The study also stated that nearly 1 in 5 women (18.3%) and 1 in 71 men (1.4%) in the United States have been raped at some time in their lives. More than half (51.1%) of female victims of rape reported being raped by an intimate partner and 40.8% by an acquaintance; for male victims, more than half (52.4%) reported being raped.

In this story, we want to acknowledge survivors of sexual assault and their hope to educate the community as well as support other survivors.

Krisy, whose last name is not shared to protect her identity, spoke with KBCS’s Kevin Henry about how a family intervention saved her life and helped her escape from an abusive relationship.