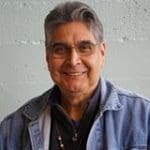 People of color served in the Vietman war in greater numbers then their percentage of the population. Native Americans had the highest record of military service per capita of any ethnic group.