How to Talk About Climate Change 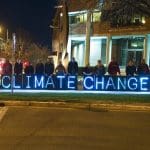