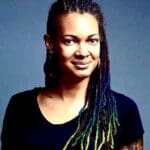 KBCS reporter, Kevin P. Henry interviewed two, local, Black mental health counselors. They discuss how Black communities and communities of color can be emotionally impacted and traumatized in hearing about these racially motivated incidents. Find out how this may play out among friendships and co-workers, and some suggestions on how to help.

Last weekend, an 18-year-old white man in heavy body armor murdered 10 people and wounded three others with an AR-15 assault rifle at a grocery store in Buffalo NY. The shooter traveled more than 200 miles to get to a predominantly Black neighborhood and live-streamed his attack. Eleven of the victims shot were African American The shooter was motivated by hate, authorities said, targeting a supermarket in the heart of a predominantly Black community. The victims ranged in age from 20 to 86 years old.

For African Americans, this was another tragic and horrific mass shooting reminiscent of the mass murder committed by a white supremacist in 2015 at a church in Charleston, South Carolina where nine Black people were killed during a Bible study.